Craig Humphrey, Office 365 Development Manager at Enlighten Designs, reminisces on his journey with SharePoint over the last 20 years. From Windows NT 4 servers all the way to the cloud, Craig has experienced first-hand how SharePoint has grown and developed into the online collaboration tool we're familiar with today. Join him for a walk down memory lane as we pay tribute to 20 years of SharePoint!

It was probably around late 2001 when the law firm I was working at (where I worked for most of SharePoint’s life!) were looking to increase their level of collaboration with clients.  We had an Extranet of sorts, called Fidelis, which was based on a mix of classic ASP pages and a CGI based proprietary content database, and used to provide a centralised digital copy of any advice (and ancillary materials) we’d provided to clients.  It was a bit clunky, running on a Windows NT 4 server and very much push-based, with the lawyers and the KM team having a largely manual process for identifying and publishing advice.

We were looking for something more collaborative and bi-directional that demonstrated more equality between lawyers and clients; where the barrier to entry was lower and included discussion boards, document libraries, lists of things; could support projects that came and went, and we could easily push it out to more clients.

There just so happened to be a new kid on the block – SharePoint Team Services had been released by Microsoft earlier that year and it pretty much ticked all the boxes we had.  Sure, it was going to need a new piece of tin to run on (and a new SQL server to support it). Sure, it was going to need some effort from a local Microsoft Partner to customise and brand. Sure, we were going to end up with even more “external” accounts in our DMZ AD - but it was a step into a brave new world and represented quite the turning point in the way we interacted with clients.

Hundreds of site collections and several upgrades later, it was finally superseded by SharePoint Online a few years ago.

When the SharePoint 2007 betas turned up in 2006, we saw an opportunity to replace the aging Document Management System, as SharePoint finally had check in/out, versions, etc.  So, two of us were tasked with combining existing Word templates, unique document numbers and SharePoint together into a proof-of-concept DMS system for lawyers. After a few months it became clear, while there was a measure of integration between Word and SharePoint, by the time we had included our templates and document numbers, it just wasn’t up to the demands of a 500-staff law firm.  So, we did a U-turn and spent about three months building an intranet and migrating our existing content off the old classic ASP system it was on.

Given our positive experiences with the SharePoint 2007 platform, when time came to replace our WWW site, it wasn’t that surprising we opted to leverage the existing investment and build the new WWW site on SharePoint too. While the design stretched SharePoint to the limit and the architecture was a bit poor (and treated SharePoint like a database rather than a content management system) we managed to do it with the help of a Microsoft Partner. When SharePoint 2010 came out, we used it as an excuse to pull it apart, leverage some of the new SP2010 functionality and use a more native content approach.  It went on to survive a rebrand and a couple of upgrades, before recently being replaced by another platform.

But with SharePoint not being our DMS, we were starting to see silos of information forming. Queue FAST.  By combining FAST with a third-party integration tool, we were able to merge our then approximately six million DMS documents, with the 100,000+ sitting in our SharePoint Intranet, plus the content on our WWW site, for the beginnings of an Enterprise Search platform. 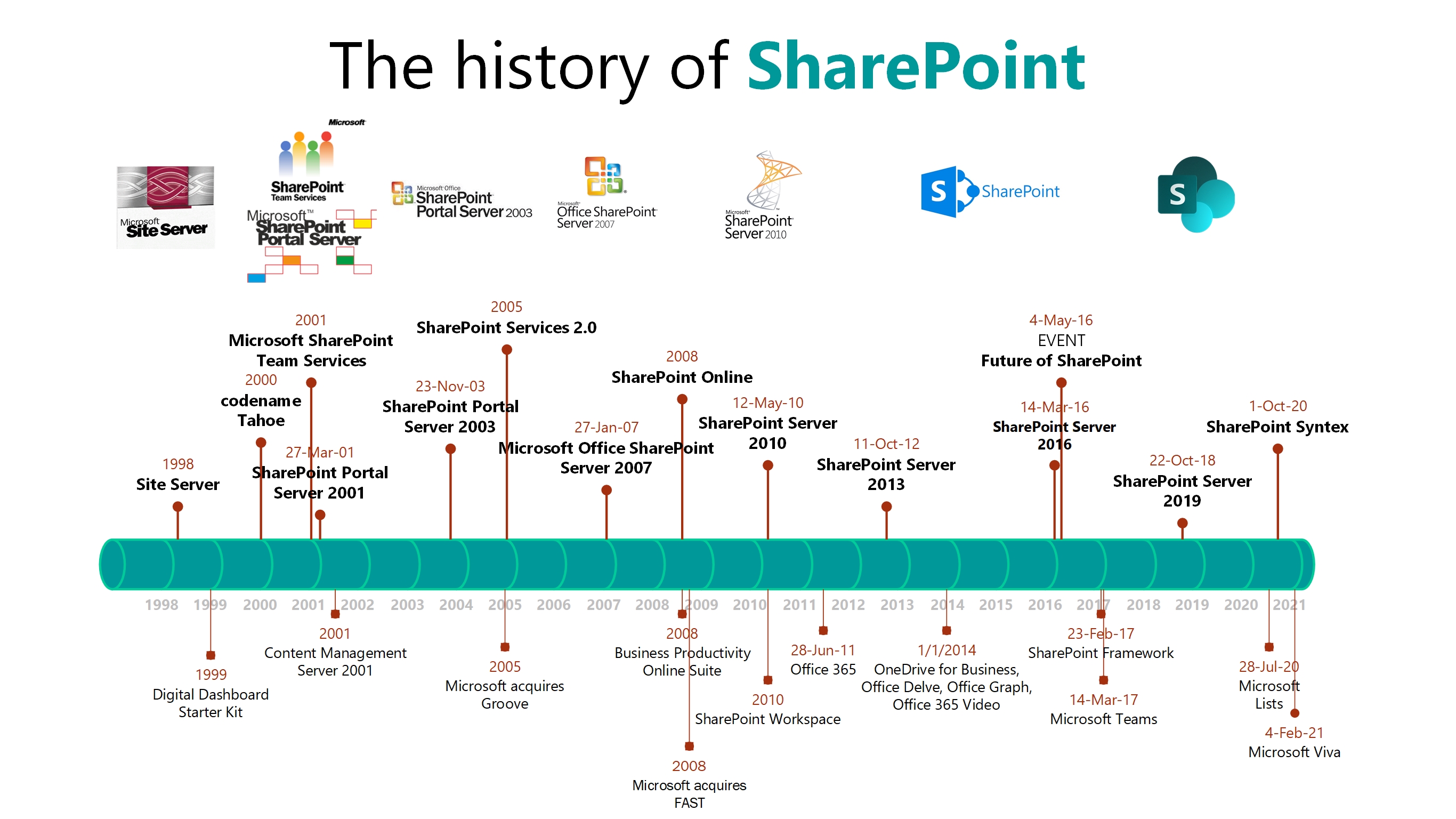 It was an eye-opening experience, as FAST revealed all kinds of unusual content sitting in our DMS, including games and personal correspondence.  I recall delaying the go-live, to give staff the opportunity to clean up their documents!  We were also able to extend the system to detect when content was possibly being filed in the wrong location, which would have left us somewhat exposed (or requiring significant additional legwork) if a client asked for a copy of their file…

As we started to bring content together, we also experimented with the concept of client/matter dashboards, where all the content relating to a client or a matter (otherwise referred to as a project for a client) could be summarised and presented in a dashboard-style layout, giving lawyers quick access to recent correspondence, CRM activities, financials, work-in-progress, documents, and subject experts.  While this did come together quite nicely, thanks to some tooling from another Microsoft Partner, there wasn’t the internal buy-in and it was never productionised.

And then cloud became a thing and SharePoint Online turned up.  Despite often being seen as a backward step, as a lot of the customisations that were possible with on-prem SharePoint, just weren’t possible with SharePoint Online, it grew rapidly, and the writing has been on the wall for on-prem SharePoint ever since.  While we were still “messing about” with SharePoint Online within IT, our litigation teams were struggling with the volume of paper they were having to take into court for a few large cases (where internet connectivity was non-existent) and they were finding our existing case management platform somewhat unwieldy once they were in the court room.  This provided a perfect opportunity to use SharePoint Online and the (very young and a little unstable) OneDrive for Business Sync client (it was still groove.exe when we started), which allowed staff to upload large volumes of content (primarily PDFs) into lightly customised (mainly the configuration, but I did have to hack in a navigation breadcrumb…) site collections for the lawyers to sync the content down to their laptops for offline access in the court room.  But iPads were becoming all the rage and several lawyers were trialling them for document review as well as presenting in court.  So, with the help of a third-party app, which supported full sync plus the ability to annotate PDFs, we then had a robust (special characters and long paths aside) platform that by the time we added the iPad Pros, was also able to upstage the learned colleagues on the other side of the court room.

These days, since moving on from the law firm, SharePoint is gradually taking more of a backseat.  We still do on-prem to cloud migrations, support a handful of clients on legacy on-prem versions, but it’s becoming more about how SharePoint Online supports Teams (Teams based Intranet anyone?) and as the cheap ’n’ quick data storage for Power Apps and Power Automate. SharePoint is still throwing out surprises with SharePoint Syntex and Microsoft Viva Topics, but with them being paid add-ons, it’s just not the same, it’s not SharePoint anymore, it’s just not core…

It’s been an interesting 20 years, with plenty of ups and downs, long hours with Microsoft Support, high-fives when a plan comes together, and clients of all types (internal and external) wrapped and amazed at just what SharePoint has been able to do. Here’s to another 20 years of Microsoft’s Swiss Army Knife of a platform…

Credit to Joy Snook, Steve Letford (especially for going into bat for us around licensing), Paul Quirk and all the Microsoft employees I’ve interacted with over the years, Alan Marshal, Brendon Ford, Jacques Botha and the Provoke crew, Doug Horton, Don Waldo and the team at Handshake, Dan Anderson, Ryan Bond and the SeeUnity crew, Mark Aschemeyer and the BAInsight team – all of whom had to put up with my hairbrained ideas, bug reports and phone calls. A shoutout to Debbie Ireland and the team behind the original SharePoint conferences, where we spied on what everyone else was up to with SharePoint.

How's your SharePoint stacking up?

If you're looking for a way to measure Office 365 tools and services, including your SharePoint site, check out Enlighten Designs' Office 365 Analytics package that offers more visibility, meaning, control and consistency for measuring and reporting on essential business tools that keep your office running.