Wintec is one of New Zealand’s leading Institute of Technology/Polytechnics, with six campuses throughout the Waikato.

Success at Wintec is defined by student capability and employability. These qualities drive Wintec to challenge the landscape that they operate in and drive enhanced experiences for students, staff and businesses.

With assistance from Wintec Design Centre, we hosted a series of Design Thinking workshops at Fraser High school in Hamilton. Working with a targeted group of students and facilitated by the school careers centre, we undertook a six week journey to discover how students are thinking about their future - and to find out how Wintec could help them on their way.

The following is a high-level overview of the user-centred discovery & design. 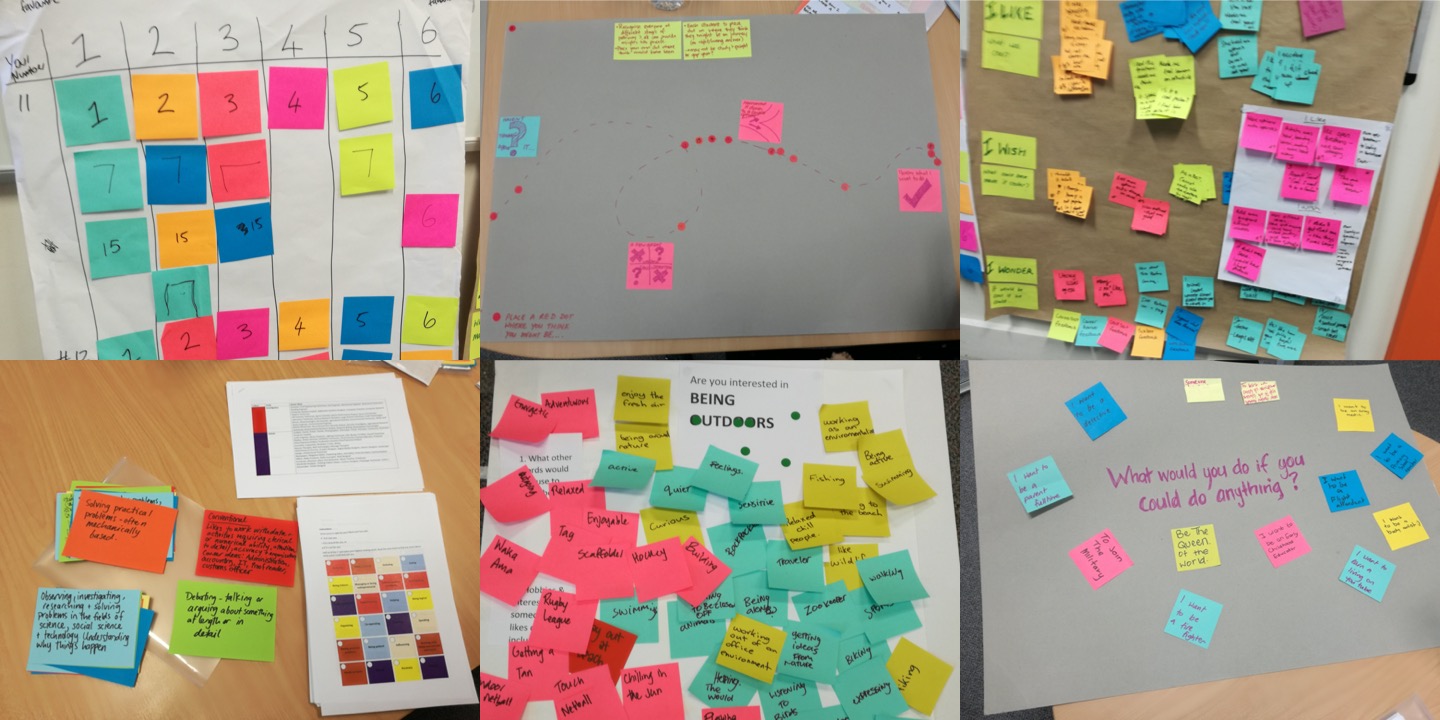 We found that many students really had no idea what they wanted to do. Or what a career even was. So much of the tertiary and working world was alien to them.

Finding we needed a low impact way to give these kids some guidance, the idea to create an easily accessible web app began to unfold.

We leaned on examples of Buzzfeed or Facebook quizzes. From something the students were familiar with, we explored the idea of creating a career personality test. For this we needed a methodology, and after careful consideration and discussions with the students we settled on Holland's Theory.

With the students' help we began to design a tool that was accessible and relevant to them. 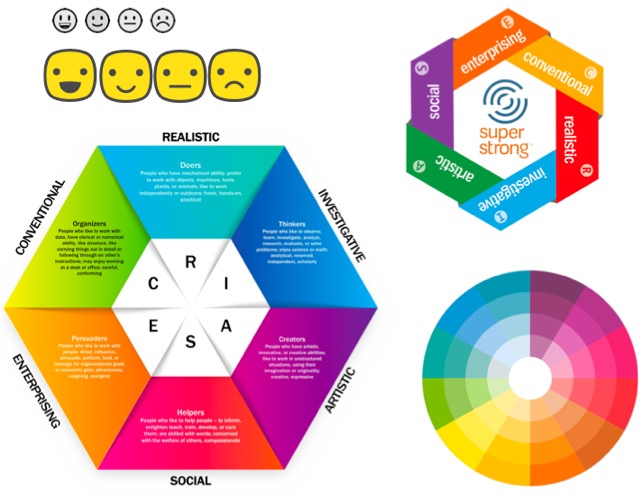 After working through some initial sketches and ideas we created some low-fidelity wireframes and created an interactive prototype which we tested and revised.

Alongside the design work our development team began to build a working demo. The demo was used for further user testing, and to flesh out the technical challenges.

With all that considered and tested we started to fold in the Wintec brand, and test visual design ideas across devices. 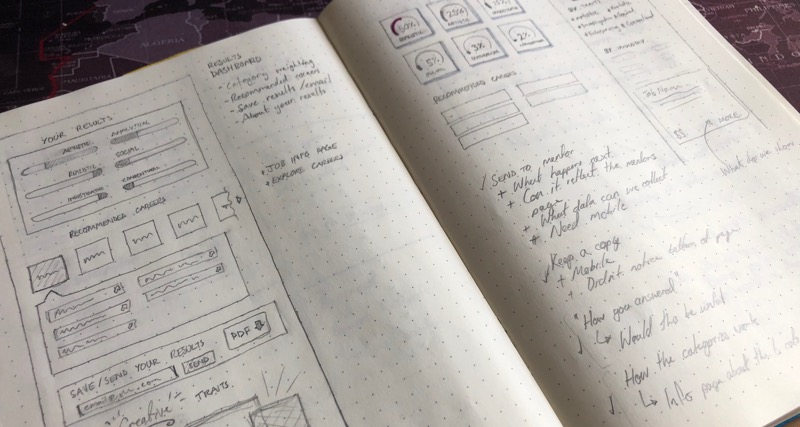 One of the insights we gained from working closely with students was that language and imagery was very important. Much of the lexicon of tertiary education and employment was unfamiliar and intimidating. We need our user to feel connected with the experience, not excluded.

With this in mind we went back to the Fraser High students and tested a range of imagery and language. We wanted to ensure what we used in the app would spark the right emotions, and make things easy to understand. 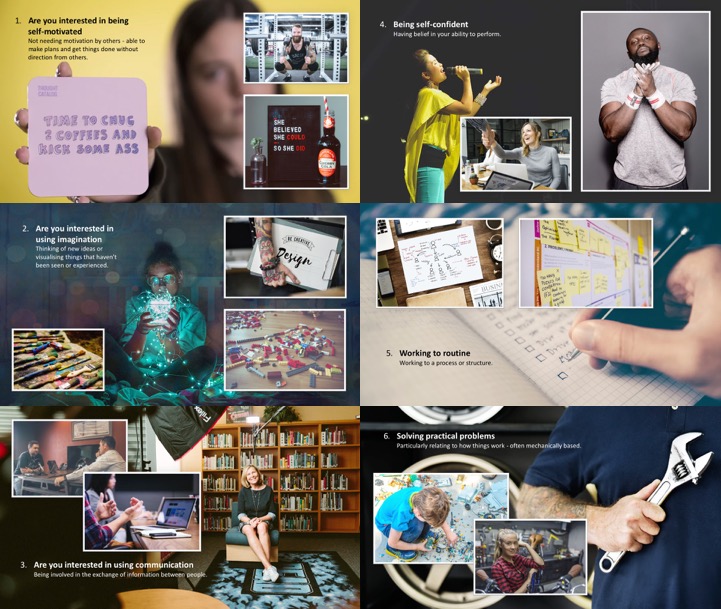 One of the things we wanted to be able to provided students was not just a summary of likely career matches, but also decent information about each career. For this we needed a LOT of content and that content would need to be maintained. The cost of ownership of this content was a real concern for the team at Wintec.

To solve this we worked with Careers NZ to gain access to their comprehensive database of careers. Luckily we were able to use their API to embed their content into our Future You app. This gave us an up to date catalogue of common careers available in NZ, which we were able to link to related courses available at Wintec. 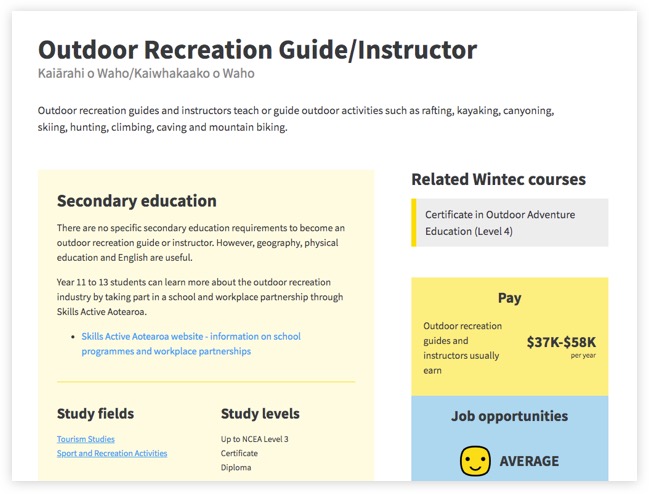 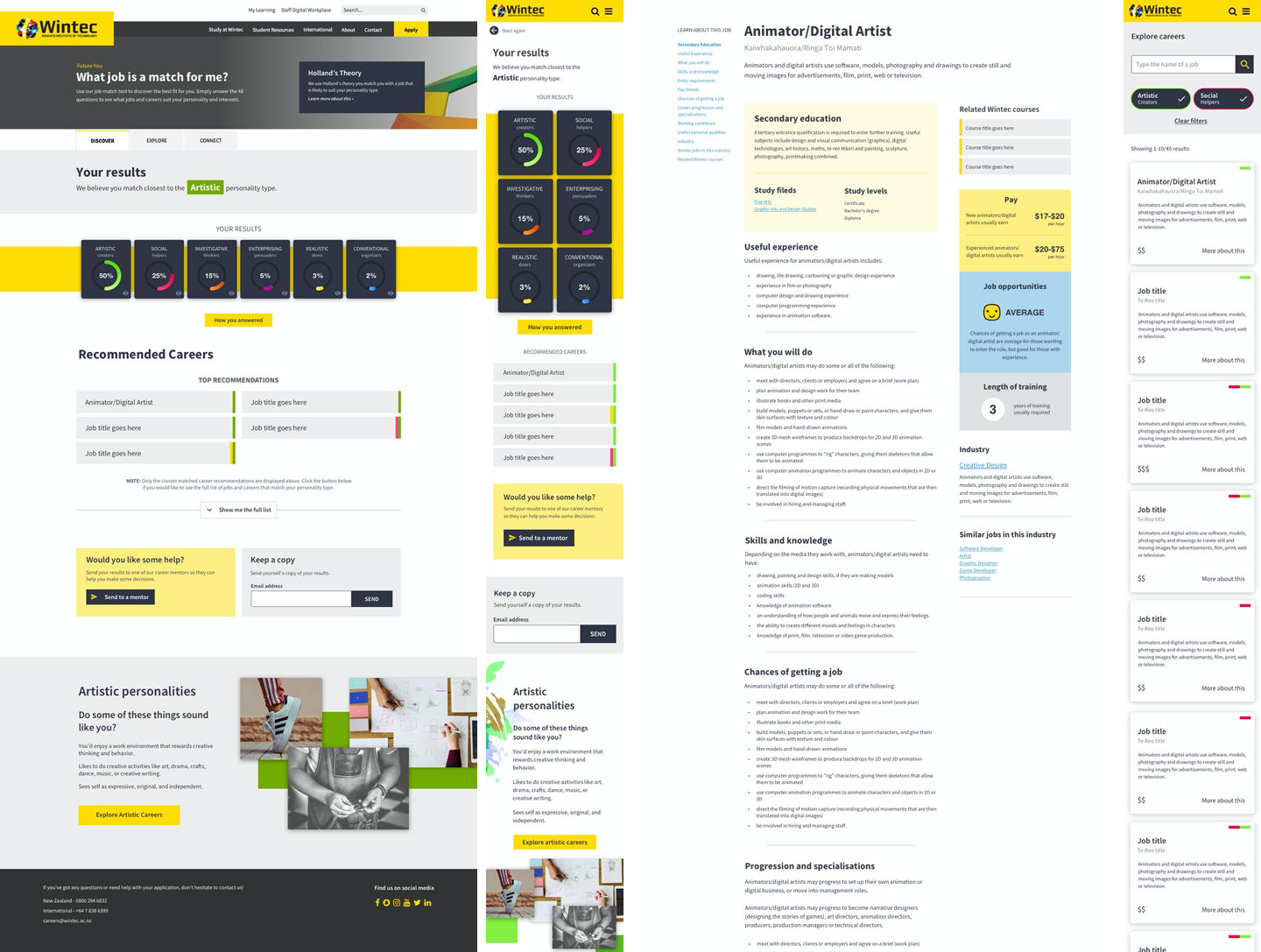 More of our work.